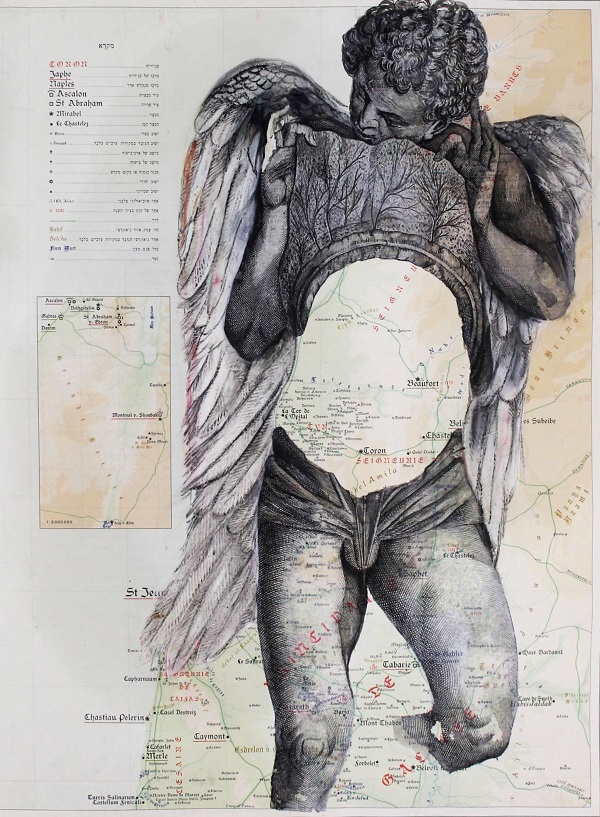 Glazberg drew and etched an angel on a medieval map. This angel, too, originates from a medieval medicine book. She covered the map, drawing his body in ink, shaping his shoulders and wings in plasticine. The plasticine and the engraved details create an embossed image.
The place is the body. Here is the body of a winged angel, exposing his belly. And in his navel, a place is revealed - the ancient city of Toron.
The centre of the map is the centre of his belly, the place where everything flows to and from which everything grows. In the map too, all ways lead and depart from Toron, a city in southern Lebanon, known today as Tibnin.
In Toron's glorious past, the Crusaders built a large castle in the Lebanese mountains, between Tzor and Damascus. The castle was at the heart of Toron's empire, which ruled the kingdom of Jerusalem. The artist painted an angel exposing his own navel, as well as the empire's heart.