A Research Trip to Israel 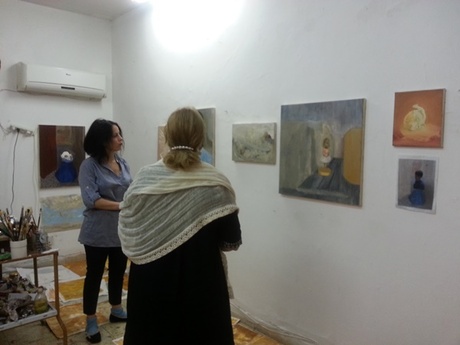 “Looking back at the trip I can only conclude that I have never visited a country that is so many places at once. This confusing situation also informed the practice of some of the artists and curators we met.”

“Tel Aviv, where the majority of Israeli artists live was our basis and the place we explored most but we also went to Jerusalem, including a trip to the Old City. We also went to other places such as Herzliya, and a full day up north to Arabic villages (Umm-el-Fahem), Israel’s oldest museum at the Ein Harod kibbutz, and a Druze village. Over the days we met with painters, video artists, performers, photographers, as well as curators in institutions big and small. Some had taken internationally oriented educations at de Appel Curatorial Programme or the Rietveld Academy in Amsterdam, or institutions in London or the United States. Many of them studied at the Bezalel Academy, or sometimes also other Israeli academies. The cultural and religious backgrounds of the people we met reflected the kaleidoscopic nature of Israel’s population and the dispersion of Jewish people in the past, something that I knew about without realizing the scope, or actual reality of it nowadays.”