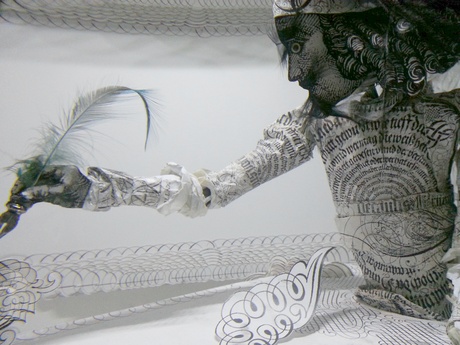 The Calligrapher  of The Quay Brothers is a royal calligrapher who wants to sign a letter, but like in the Nose story of Gogol, his hand takes a life of its own. The hand together with the pen multiple itself eight times and they start to draw all on the same time on paper. The eight hands holding the eight pens create a wing for the calligrapher  so he will be able to fly to his next dream.