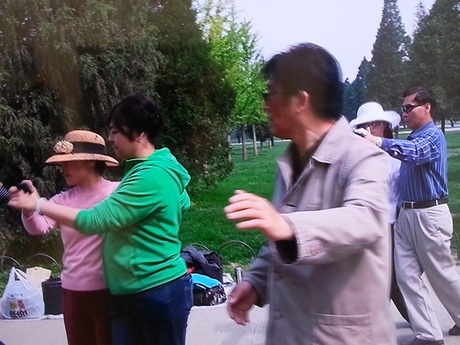 In this video work of Irina Birger people are dancing in the park. It is a common phenomenon seen in many parks or squares  in China. The man at the center, dancing alone, concentrated on his own movements and follows the melodies. The artist \ the camera follows his movements. Did he become the protagonist because he dances alone? In a society that suppresses the  individual, in a society which decides about the outfit and hairstyle of the people, dancing alone in the park is, without any doubt, a brave statement.